The Bentley Company was founded in 1912 by Walter Owen Bentley together with his brother, specialised in selling DFP cars. Walter Owen (W.O.) was born as the ninth child to Alfred Bentley, a British businessman. Directly after WW1 Bentley Motors Ltd. was founded, but the first Bentley 3 Ltr. was tested early 1920 and in 1921 the first Bentley was delivered. Bentley became famous by playing an important role at Le Mans. In 1923 Bentley finished 4th, but in 1924 Bentley won Le Mans for the first time. However, common for the English car industry in those days, Bentley got into serious financial difficulties and was taken over by Woolf Barnato. W.O. was not longer a co-owner, but just an employee. Barnato stopped financing Bentley in 1931 and Bentley was sold to Rolls-Royce. W.O. left Bentley in 1935, unhappy and disappointed and joined Lagonda, where he was responsible for the development of the V12 engine. 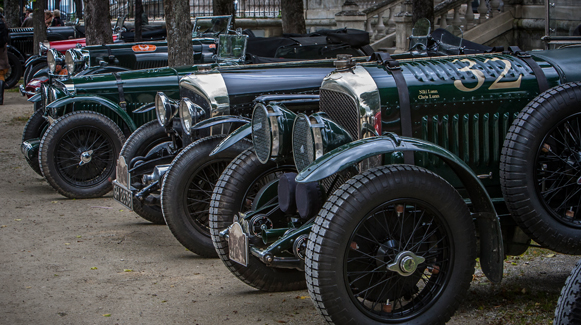 Among the pre-war cars, Bentley is probably the best-known brand. There are several reasons for this, but mainly it’s due to the impressive appearance of their pre-war cars. At LMB, we have gained experience with pre-war Bentleys in different ways. We are buying and selling pre-war Bentleys, but we are also able to perform a full service or restoration on a classic Bentley. Throughout the years we have restored and serviced several Bentleys, giving us the required experience to take care of your pre-war Bentley. Do you own a Bentley and are you wondering what LMB can mean for you? Explore our site with all our services, or reach out to us by email or phone!